Below is our recent interview with Art Malinowski from PeaSoup Hosting:

Q: Could you provide our readers with a brief introduction to your company?

PeaSoup is an award-winning, Cloud company formed in April 2014 to disrupt the Cloud Infrastructure as a Service market. Our cloud architecture has been based on the release of virtualised storage technology by VMware, and was developed by analysing every component of networking and computing. By removing complexity, at every level, the risks of failure without compromise on security and functionality has been greatly reduced.

PeaSoup in 2014, was one of five companies worldwide and the first company in Europe to deliver what is now known as a hyper-converged architecture. The design was highly commended by VMWare and a subsequent IDC report that highlighted PeaSoup as an early Hyper-converged cloud provider.

The PeaSoup cloud is fully compliant with “the Cloud” standards of functionality as defined by NIST and the cloud security principles, defined by GCHQ and the UK National Cyber Security Centre, participating on the UK government G-Cloud framework for the past five iterations.

Our drive to reduce the risk, also reducing the business costs, allows the PeaSoup model to remain highly competitive on the cloud market, where other UK cloud providers have been unable to compete against the Hyper-Scale Cloud suppliers like AWS, Azure or Google

We operate from two main Tier3 data centres in Goswell Road, London and the 4D data centre in Gatwick with multiple network connectivity points from our resilient direct data centre links to both Telehouse North and Meridian Gate in Docklands.

In striving to find competitive advantages through the innovative use of technology and deliver a more efficient service to our customers, we’re focussing on the environmental controls around the servers in the data centre, particularly power consumption. A large percentage of the total power consumption of a data centre is to keep the data centres cool and disperse the hot air generated into the atmosphere, so the perfect answer was to immersion cooling technology.

This technology also is known as liquid submersion cooling or liquid cooling provides enhanced cooling abilities absorbing approximately 1500 times more heat than air. Apart from the benefits of heat exchanges, immersed technology drastically reduces power consumption, up to 45% of the energy footprint, and reduction with noises generated by air-cooling fans from servers, switches and storage units. 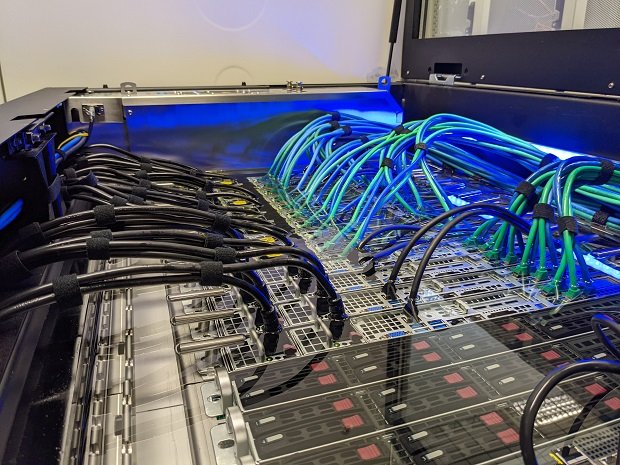 Q: Can you give us more insights into your offering?

A: Today PeaSoup leads the way with highly efficient, reduced power and carbon-efficient cloud computing, our design, based on a server only model, is suitable with careful hardware considerations to be deployed into the emerging principles of liquid immersion cooling computing

The biggest challenge with CPU technology is dealing with the heat generation that is costly to control with traditional power and ecological issues around air conditioning.

Servers immersed/submerged in a dielectric liquid do not need fans or air conditioning. They don’t suffer from contamination, can run harder and longer, and far more efficiently.

Servers running in a liquid is not a new concept, but our unique cloud architecture design enables us to deliver this cloud service efficiently

Q: What can we expect from your company in the next 6 months? What are your plans?

A: PeaSoup is currently working on a project in the UK due for completion later this year, this involves a new build data centre specifically designed for our liquid immersion ECO Cloud which enables the data centre to operate at a PUE close to 1.04 mark, the estimated savings that are enabled by our service represent a 45% overall power-saving against the average current data centre. In addition, working in a dedicated environment the temperature of the waste heat from the cloud servers can be controlled by clever liquid flow processes to around 50 degrees celsius which will then be bypassed through heat exchange to provide heat to an adjacent building, ultimately this design will lead to more community heart source projects.

Q: What is the best thing about your company that people might not know about?

A: Perhaps a good example would be the name of the company. The name PeaSoup was derived from the term “PeaSouper”, which used to describe a thick fog (closely associated with clouds) primarily in London.